North Carolina has a rich tradition with International Harvester.  One could say the culti-vision tractor design of the Farmall models A, Super A, Cub, 100, 130 and 140 found a great home in the long leaf pine state.  From small farms to large operations, IH has been and continues to be an important of agriculture in NC, and an important part of the lives of many farmers and enthusiasts.   International Harvester Collectors of North Carolina Inc. Chapter 42 is a 501(c)3 organization, and operates centrally in the state.  There are a total of three Chapters in our area.   In addition to Chapter 42, Chapter 37 in Eastern North Carolina and Chapter 43 in the Appalachian Mountain region all work in harmony with each other to support agriculture education.  Together they bring greater awareness and participation to the overall preservation of the IH brand in NC.

Since formation of Chapter 42 in 2013 its annual state show has ranged from agriculture displays here in Denton in July, to Yadkinville in September to the 100 + Years of Progress show in Carthage, NC in November.  The Chapter will continue to display at these shows as all of these are great locations to spread the word about collecting IH branded items.   Annually going forward in partnership with the Denton Farm Park, Chapter 42 will leverage the premier show of the Southeast Old Threshers’ Reunion as the Chapter’s annual State Show.  Chapter 42 is very excited about making Denton Farm Park its permanent location for its annual state show.  The festivities at Denton create a great atmosphere for a regular meeting, recruiting new members and general conversation with all enthusiasts.  It provides an excellent opportunity for the Chapter to award its annual scholarship and solicit parts vendors to sell their wares.  Overall this is a great marriage of one of the larger collector groups in the state and the biggest farm show in the southeast.

Chapter 42 meets at least 4 times per year.   The annual business meeting is held at the Windmill Acres Farm Toy Show in Winston-Salem, NC on the second Saturday in March.  Other meetings are at The Glory Day’s Show the forth Saturday in September in Yadkinville NC and annual holiday meeting is the Sunday after Thanksgiving at a roving location.  This is a great event including the annual charity auction and Christmas celebration.  The auction is conducted by Farm Toy Hall of Fame inductee Rick Murray and all proceeds from the auction are donated to Toys for Tots and the Chapter’s Phil Fishel Scholarship Program for collegiate students.

Some activities of Chapter 42 worthy of noting are: In 2013 Kailey Neil of Yadkinville was a runner up in the National IH Youth Tractor restoration program.  In 2014 the Chapter supported the North Carolina Transportation Museum in Salisbury with the Donation of a 1934 Farmall F-12 with cultivators from Chapter 42 member Bill Lefes of Cary, NC.   In 2015 member Rick Murray was recognized for his vast accomplishments in the promotion of farm toy collecting by being inducted into the National Farm Toy Hall of Fame in Dyersville Iowa.  In 2016 member Rick Murray was honored at the Southeast Old Threshers’ Reunion for his achievements as he and fellow member Hubert Penland conducted the Annual Tarheel Farm Toy Show and Auction the first weekend in August in Burlington for the 30th year.   In 2017 Max Armstrong of RFDTV attended the Windmill Acres Farm Toy Show.   Since inception the Chapter has donated over $2,200 to Toys for Tots, and this year the Chapter will award it’s second scholarship to a worthy college student.  There are many potential future opportunities.  Currently Chapter 42 is researching restoration efforts of the Walnut Grove Farm of Cyrus McCormick in Raphine, Virginia.  McCormick is credited with inventing the reaper at this location in 1831 which is one of the top 3 agricultural inventions of all time.  McCormick is also considered the founder of the International Harvester Company.  So his farm and blacksmith shop is of great historical significance.  As a side note the farm was donated by IH and the McCormick family to Virginia Tech University in 1954, and continues to foster new technologies in agriculture 186 years later.

Chapter 42, being a part of the larger International Harvester Collectors, Inc., participates in the annual nation IH show titled “Red Power Round Up.”  The show moves from Chapter to Chapter and State to State on an annual basis.  Typically this national show will have more than 1,200 pieces of IH equipment on display ranging from M1 Garand Rifles, refrigerators, freezers, tractors, trucks, military vehicles, construction equipment, Cub Cadets and much more.    Other national events include an annual IH Auction and a Winter Convention.  The good news is Chapter 42 is researching the possibility of sponsoring one of these events in the future.

So there are lots of ways an individual can contribute to agriculture education by becoming a member of Chapter 42 or any IH Chapter if they are more conveniently located.  Members enjoy the meeting schedule, copy of the national magazine Harvester Highlight, lots of great conversations and consultants on how to repair, operate and maintain IH equipment.  Feel free to join in the fun by simply asking a member in the display area.

Membership forms are available in the display area and also on line.  For additional details you can look up on Facebook at “International Harvester Collectors of NC Chapter 42” or http://ihcollectorsnc42.com.  All are welcome join the quarterly meetings and special events.  So in the words of Dickie Wyrick, one of the founding members and charter directors, Chapter 42 is “Running Hard and Running Red.” 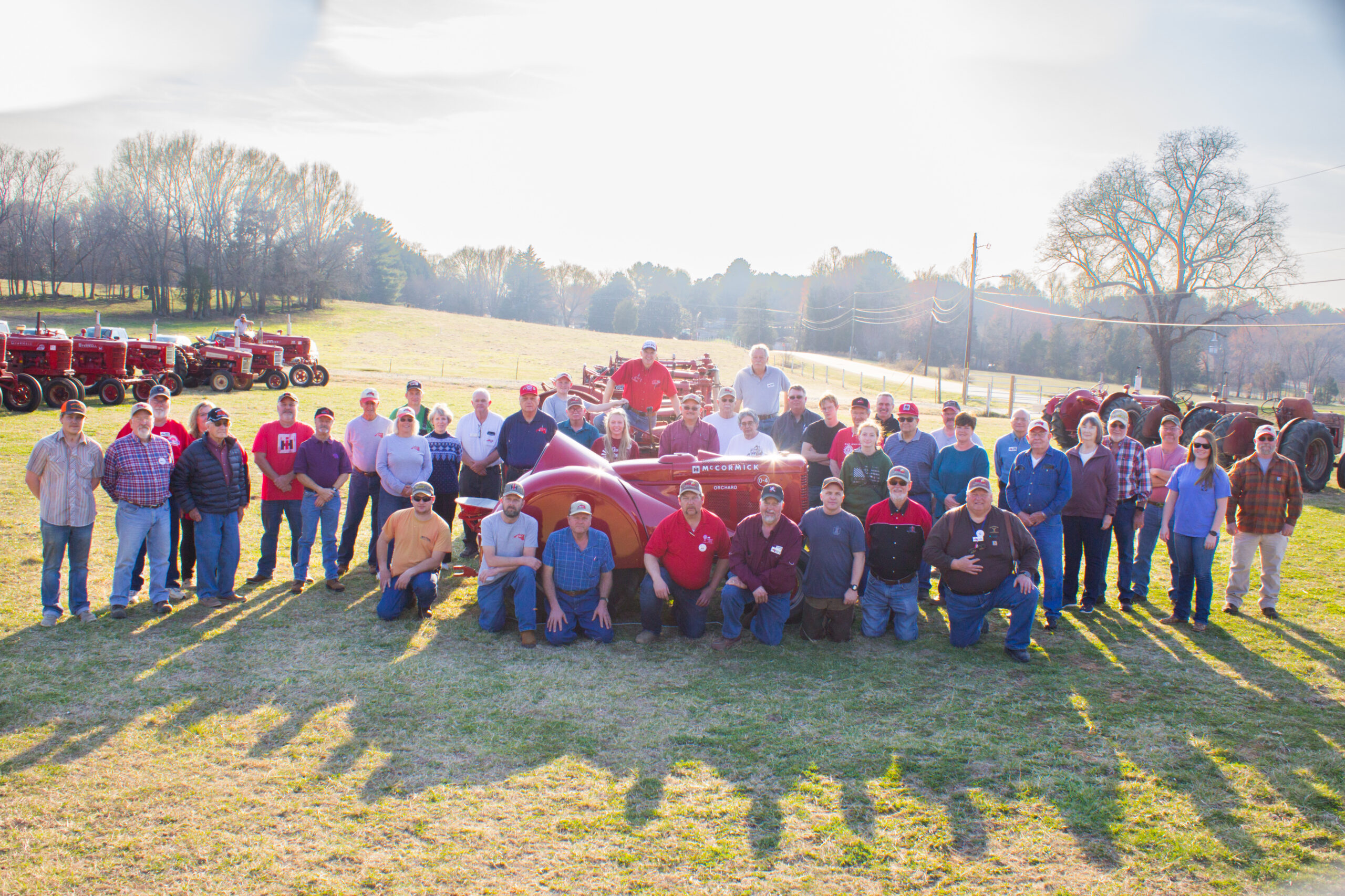